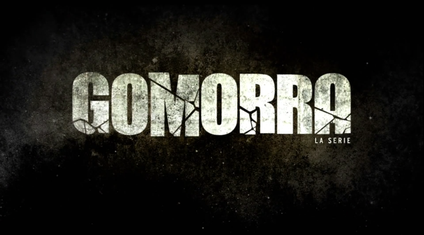 Or the strange story of the milk businessman killed by the mafia in a Quentin Tarantino movie’ style right in front of my Italian eyes.

Author’s tip: the song which is making me company while I put all of those inputs together, sitting in an uncomfortable bus heading to Burgas town, is “Karmacoma Napoli version” by Massive Attack & Almamegretta. Feel the positive Neapolitan vibration, because the wrong side of Italy is not far from here.

There is an Italian serial, very famous in my country, which is also unbelievably so well made that is becoming viral. It broadcasts on Sky, with subtitles in many languages. Also in proper Italian. Because, you see, this is the thing, the serial is completely in dialect. Neapolitan. Special effects? Not so many, but perfectly used. Humor? It depends how much dark is your soul. Touching or astonishing scenes? Plenty. The name is already a “brand” in Italy, because of an ultra famous book, written by Roberto Saviano years ago. You still don’t get it? It’s Gomorrah, baby.

And it is something. If you know nothing about the latest and most famous Italian attempts in serial productions…well, my boy, move! Go and watch it. Now. Because I need you to rapidly go through it, ‘till 3rd series.

People that know me already know how it sounds, a Neapolitan person trying to speak Bulgarian. But if you didn’t have “the pleasure”, you’ll discover it in my new fan. Scene ever: the Immortal, Italian mafia man, executing his bg counterparts.

Clean shot, at least the last one, straight in the head. Easy, boy, is not a spoiler. Really. The point here is not a single killing in a movie. The point is that I have basically seen it happen in real life, the day I came back in Sofia from… yes, baby, Italy. Where, by the way, everything was calm.

A Sofia’s businessman, in the milk field, was shoot in the head (clean shot they say) in the middle of the way, in my neighborhood. Which is a normal, silent and boring neighborhood the rest of the time. Because of the ambulances, traffic was a state. Because of this, you can imagine how much my taxi costed, but let’s not go out of topic: me, mentally blasting curses, looking out of the window of the taxi. What do I see? Firstly, someone dressing like in C.S.I. Miami, walking the perimeter of…what?! -I asked myself- is it so? The perimeter of the CRIME SCENE?????

I asked the driver (well, I screamed “crime scene!” To the driver too), but he just shook his head and said: you sure you want to go down here?

Oh, Mister, of course not. Not sure, I mean. But I live here, you know.

And I wanna know.

Is my nature. I need to know. That’s why I ended up in journalism. But there was nothing to see, already, when I went down from the taxi. Only the BG versions of Oratio Caine, saying “nothing to see, people, move” (at least, in a movie, that is the line. But who knows? I don’t understand Bulgarian so well…).

In the end, I was not able to satisfy my “journalistic frenzy”. Even worse: news has been already on Facebook when I opened it for posting my “CRIME SCENE!!!” status.

So, I went back to my first love: to cut and paste quotes from movies until you create something quite original.

That was the moment I remembered Ciro, the Immortal, from Gomorrah serial. Shooting people in Sofia. And I said to myself: maybe the world is playing my same game: using movie quotes to shape a new version of reality. Only, now, my favorite game is not funny anymore.

Yes, the serial is amazing, and mafia movies are amazing, but…

Why, and this is the real question here, I felt so excited watching the episode of Gomorrah, and so frightened to pass next to the ambulance?

Why violence (on the screen) is nothing to me?

And last but not least: can I feel the difference? Because, watching from the car, I was excited, not scared.

Windows, my boy, windows make all the difference: same difference that you see between the artist and the critics. The critics, behind their “window”, are risking nothing: they are picky spectators, quoting previous artists to make a point and to build their theories.

And me, I’m a picky spectator. Very picky, because I know a lot and watch a lot and remember everything. Very picky, but very passive. Like (this is the last quote I swear) in Kurt Cobain line “here we are now, entertain us”.

And, well, I feel a little stupid.

But I still love mafia movies.