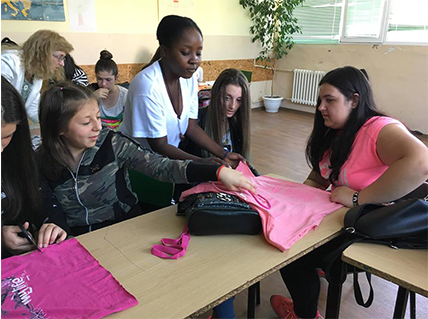 MY JOURNEY IN FASHION, WITH LOVE SOFIA

» Home » News » Uncategorised » MY JOURNEY IN FASHION, WITH LOVE SOFIA

MY JOURNEY IN FASHION, WITH LOVE SOFIA 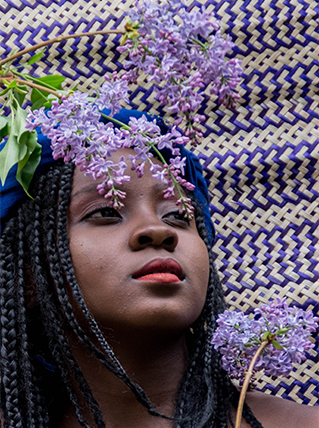 My name is Stacy and I come from Tanzania. No I am not Sofia, but I have been living in Sofia Bulgaria for the past five months doing my European Voluntary Service (EVS) with Open Space Foundation.

I have written a couple of fashion articles, maybe you know me from there but the reason why I started this article with an introduction is because I want you to understand what this journey means to me.

It all started with being the last born in my family, I had four older sisters growing up and to me they were so perfect, they were and still are so amazing, they used to dance and sing and write and I felt like I did not belong in the group, especially because the age difference was somehow quit big.

They along with my parents always pushed me to follow my dreams and I always tried to walk the steps they had, sure I learnt to dance, I learnt to sing and hey! I am writing right now  but a piece was still missing.

I don’t even know where it came from all I know is I just woke up one day and felt like I needed to sketch and make something (apart from playing with my dolls).

Years later I was inseparable with this passion. I wanted to draw more and I even started making clothes and selling but all that was not enough. I went ahead and started my modeling agency “NAMA” (Nzuri Afrika Modeling Agency) as I was still in my university and I was so fortunate that I was in the right place, I was taking a bachelor of fine and performing arts at the University of Dar es salaam.

In my study there, I met a teacher, very generous and he never once crushed my ideas he always pushed me to be independent and aim high, if I missed the moon at least I would lay among the stars.

Three years later, I did land among the stars.

I found myself in Sofia Bulgaria working for my organization of course Dr. Mapana and his foundation “Chamwino Arts Centre” were behind the stars and this time I was held with Open Space Foundation from Sofia Bulgaria.

At first I felt like how can I really fit in? The organization was dealing with arts but I was the first one with the mad passion for fashion, I thought they would crush my ideas but instead they told me the same thing, “shoot to the moon Stacy shoot to the moon”.

I then started my Fashion club and I named it after my modeling agency “NAMA”, I started with people outside the schools to meet them and do different workshops and also I was advised to do the workshops in a school, “97 Lyulin”

They really took time to respond because of the complicated school year but finally we start.

The first morning we woke up so early, I remember waking up and switching off my alarm three times and for a second I said to myself maybe I should change my passion, why should I wake up this early, okay, it was not a set back it is just that I am very lazy in the mornings.

We made our way to the school and my club was named in front of the school and I was given flowers, honestly I am glad they did not give me the mic because I had a speech prepared for half an hour. Having them call out my fashion club in front of the all school even though it was in Bulgarian, I understood and I felt like I just won the Oscars.

I then started looking for the room I had been assigned to for the workshop, a lady walked up to me and said “Stacy we are waiting for you” I was dazzled that she even knew my name.

I walked in the room filled with teenagers and my first thought was “oh my God, teenagers! They know everything, or at least they think they do, what would I teach them?”, I was so wrong, they were so kind, so patient and most importantly they were fully attentive.

Language was a problem but it never stopped us, I had a translator she was super helpful and my supervisor was also there for support of course:they were asking me question, they were calling me, at one point every table was fighting for my attention.

The students got super excited when I told them that we will be doing a fashion show together at the school, I stopped to wonder why was I equally excited with the show and I remembered that’s all that I was playing with my dolls, I made pretence  fashion shows with my dolls and dressed them with the different designs I made for them, mostly made out of my dad’s socks.

I mean surely this memory was tucked away somewhere in my mind but the moment felt so much similar, these were actual people, these are actual people, I have done a fashion show before but not like this, having many people collaborating with me, it melts my heart, it is another achievement in this journey and that’s not all, apart from the fashion show at the school I have another on the 21st of June at the “Czech Cultural Centre” with the people of Sofia. 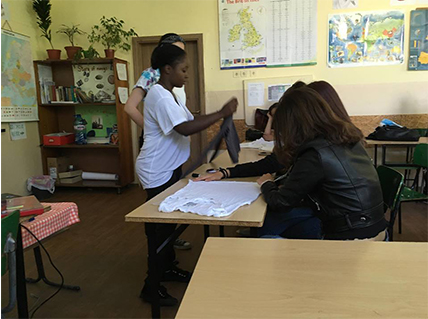 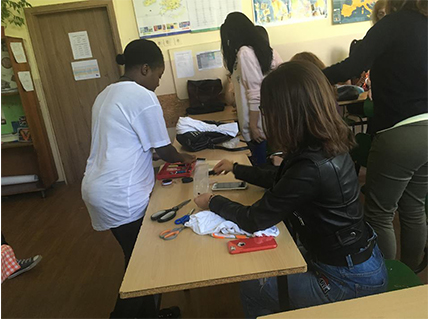 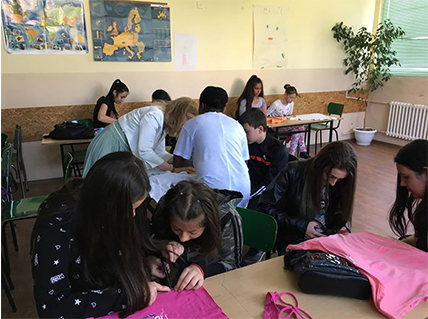 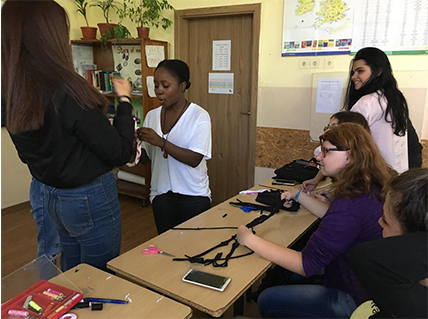 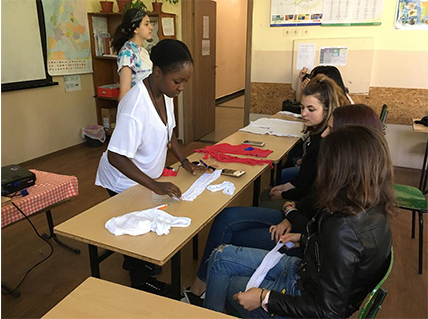 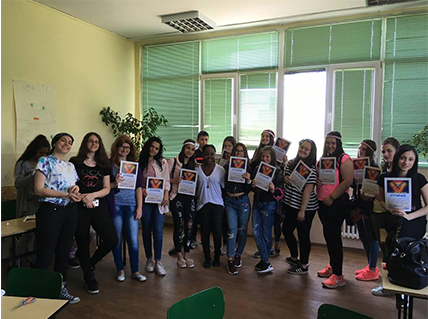 with financial support of European program “Erasmus+”, Key Action 2: Capacity building in the field of youth