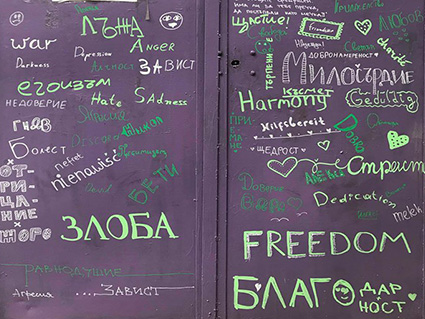 There is Hope in Hope (Nadezhda) district – the wall of tolerance

We keep the energy of people and their hopes and soul on fire each and every day by one amazing and beautiful way: Art. First moment that we started writing the good and bad personal traits, it was like thinking about what and how we could put them on the wall, but it changed unbelievably quick from that state to brainstorming and hundreds of ideas. The moment we saw people started approaching us, it was such a satisfying feeling to see how enthusiastic they are to be a part of our project. Children or adults no matter in what age they are, they wanted to write different words in different languages and show people who will pass by the street after us how ambitious we are to make people realize it. Working with such talented and marvelous artists and motivated people from the neighborhood was one of the best experiences that I have seen. This is how we make people see, hear , touch the art and spread the awareness of our personal traits. Keep the lights on!

Two months after completing her volunteer service in Bulgaria, Florentina is back with us. This time to finish a project that has long been in her head and heart. We’ve already told you about our work on a wall of a transformer station in Nadejda Sofia (you can see it here), where four talented young artists engaged local people and transformed a wall on which each vandal in the neighborhood decided he could leave his signature . Their action was devoted to the tolerance and support that we have to do as Humans. The twinkling happened in the late autumn of 2017 and one of the gates of the power grid remained unfinished … and as Flora said, “inviting her to come back again and again.” Yesterday, Flora returned and together with Veni Galabova (to her site) they made the next performance on the wall: they wrote messages of love, tolerance and support and the opposite of these riches. We thank all participants for the sincerity and courage to speak publicly! Here’s their picture in: 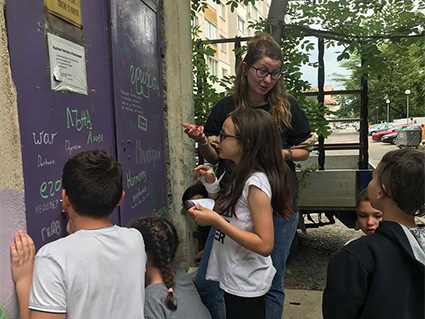 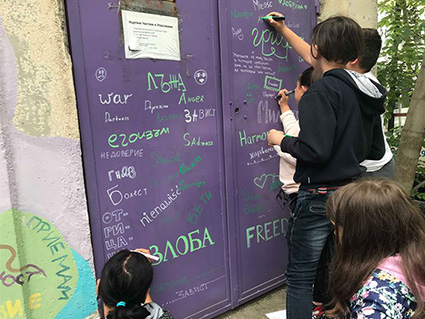 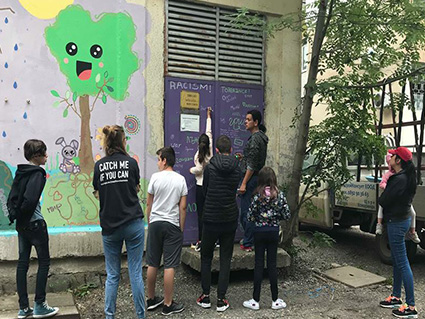 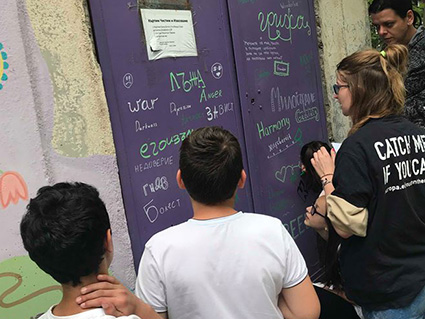 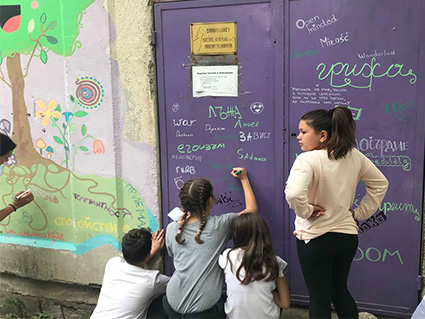 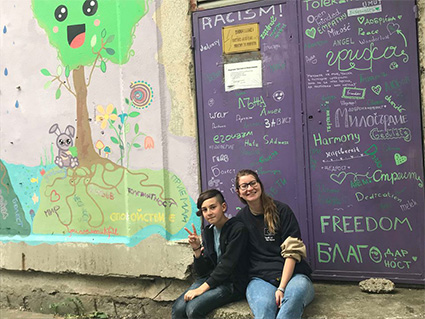 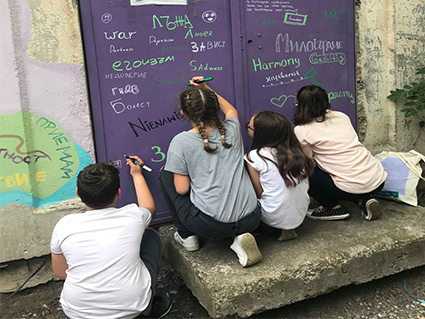 The action is a part of the project “Freedom of (Hate) Speech“.