Welcome to the heart of traditional music

Bulgarian music combines different Byzantine, Slavic and Ottoman influences within the framework of Balkan traditions. The gaïda (traditional instrument) attests to a very ancient presence and cultural exchanges in Thracians with the Celtic world. Traditional Bulgarian music is of a ritual nature and is linked to the rural way of community life (dances, festivities and calendar celebrations). Traditional music is very varied and differs from region to region and time of year (meetings, field work, weddings and funerals, markets, quests and gatherings). Music precedes and accompanies daily life. There is also a great tradition of polyphonic vocal music.

It is called изворен фолклор (“source folklore”), folklore in the sense of knowledge and popular practices. As in the rest of Europe, it was collected in the middle of the 19th century.

After 1945, to support communist ideology – folk art as opposed to bourgeois art – traditional music was privileged and encouraged and served as a basis for official music.

Despite the profound change in society and the disappearance of rural traditions, traditional Bulgarian music continues to live on thanks to the formation of amateur ensembles in the villages and by the chitalishte. 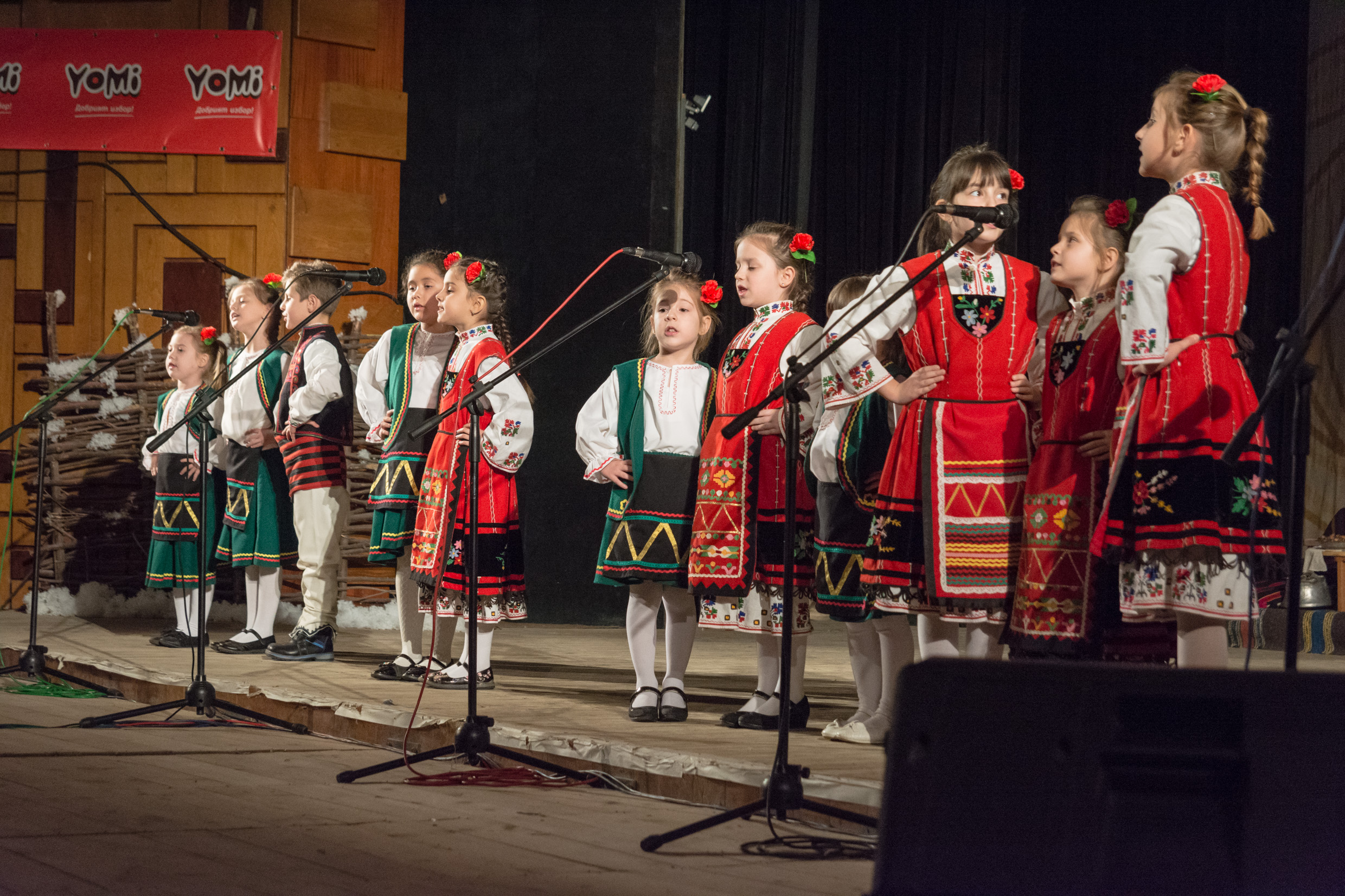 The most common traditional Bulgarian instruments are the kaval (a flute), the gaïda (a kind of bagpipe) and the gadoulka (a fiddle) but there are also the tamboura (a lute) and the bass drum (the tapan). Some of these instruments are used throughout the country, but others only in some regions. In the Rhodopes, Rhodopian gaida is the most widely used, in the Pirin region, different types of tamboura,… They left the villages during the communist era and were integrated into the so-called traditional orchestras.

The Kaval (“кавал”) is a diatonic or chromatic oblique flute depending on the region. It is played in all the Balkans but also in Turkey, Armenia and Egypt. It is made with fruit drink wood (cherry, alisier), reed or pallisander. The Bulgarian Kaval is composed of three parts (assembled like a clarinet) with cow horn reinforcements and metal decorations. The Bulgarian Kaval is mainly in D and more rarely in C. It has eight holes, one of which is at the back and four holes of the devil at the bottom of the flute. It is open at both ends and is played by blowing on a bevelled head and with the fat of the fingers. 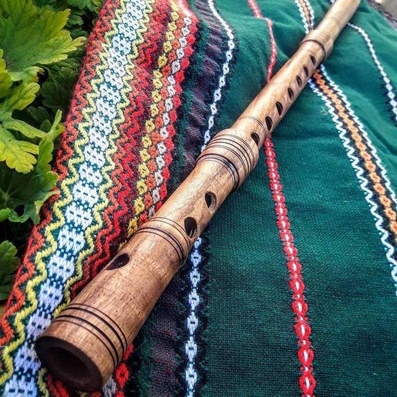 The Gaïda (“гайда”) is a wind instrument (similar to the bagpipe) usually with only one drone. There are three forms in Bulgaria. :

the gajda dzura or trakiyska gajda: the Thracian gaïda, she was chosen at the time as a comunist to join the popular traditional orchestras. Its melodic and slightly conical pipe and its goatskin reservoir.

the kaba gajda or rodopska gajda: the Rhodope gaïda. Its melodic pipe is cylindrical and curved.

It consists of two playing pipes: a melodic one (gajdunica) and a drone and simple reeds (piskun). The tank is made of animal skin: the goat. The melodic tube has 7 play holes plus one for the thumb than the drone, it is made of three interlocking parts.

Traditionally, the gaïda was played by men to accompany the singing or played alone or with the bass drum, called tapan.

The Tapan (“тъпан “) is a bass drum with a wooden or metal drum and two (goatskin) panels, attached by ropes. The lacing of the strings varies according to the regions and countries, allowing the tension of the skin and therefore the sound to vary.

The Tambura (” is found throughout the Balkans. It has a large handle and a pear-shaped body. The string varies from 2 to 12, grouped in pairs but sometimes also from 3 to 7 strings. The agreement is either diatonic or choramatic. It is used as an accompaniment instrument or soloist.

The Gadulka (“гъдулка”) is a stringed instrument from Bulgaria. It is a variant of a family of foxes, widespread in the Byzantine and Ottoman world. Its size and shape change according to the regions (Thrace, Gabrovo,…). His body is made of mulberry and consists of 3 and 4 gut strings, sometimes 2 to 10 sympathetic strings. It is played alone or accompanied by Kaval or Gaïda. 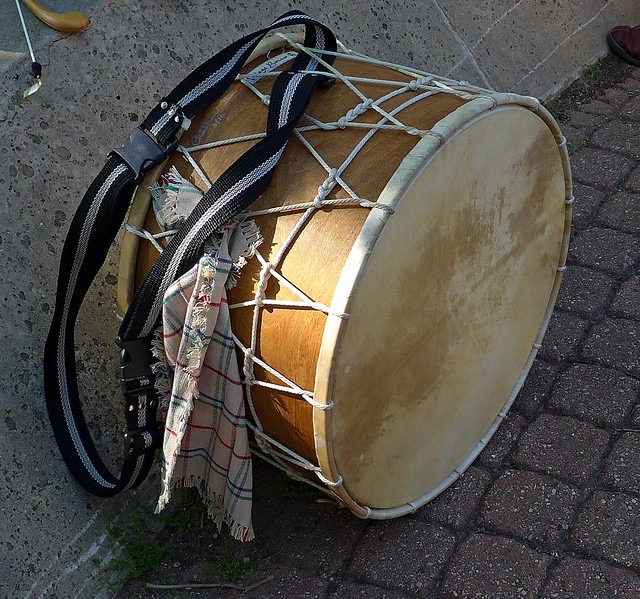 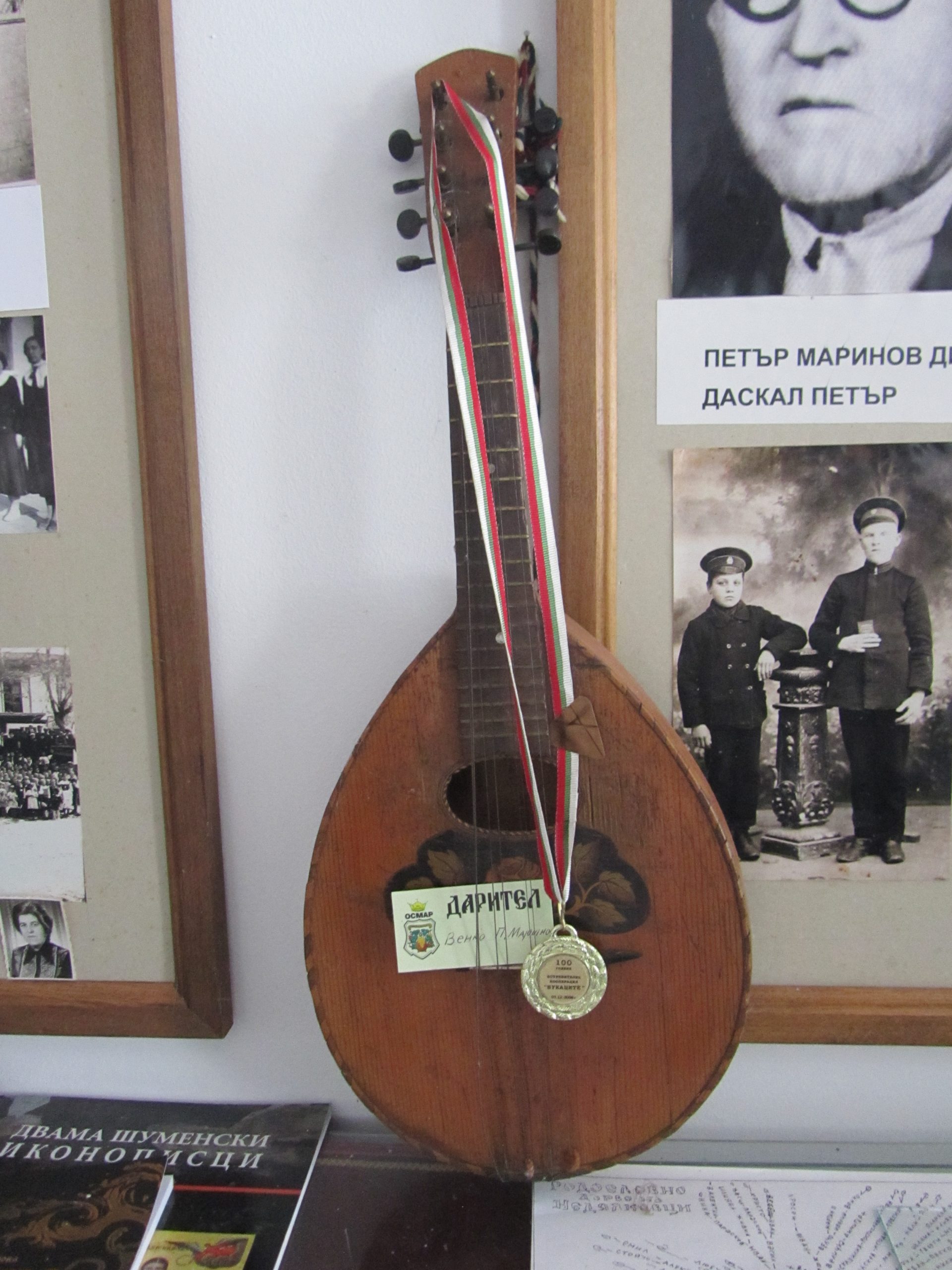 To the north and east, singing in unison dominates, unlike in the west and southwest where we sing in two groups that respond to each other or in a polyphonic group. But throughout Bulgaria, singing is almost always collective and mainly female.  It can be a cappella or accompanied by traditional instruments or even accordion. These traditional songs deal with various themes that can be funny or dramatic.

Under the yoke of the Ottomans, the Bulgarian people had only song as a means of expression, it was during this period that many popular songs were created.

The large region of Bulgarian polyphonic songs (“dvouglas”) is located in the southwest of the country. They owe their specificities to their synoptic rhythms, their drones, crosstalk and vibrato.

South-Western region, called « Pirinska, Makedonia », the folk song in this region is very varied because there have been large relocations and resettlements here. Among the most loved songs are the ones about the harvest and the “sedeshki” songs, which are related to the gatherings and the banters among the youth.

Rhodopian region, the song is sound, voluminous, wide, caressing. Lyrical single-voice melodies predominate. Very popular are the love songs, the songs for gurbet (gurbet means going abroad to make a lot of money), the shepherd songs, reflecting the main livelihood of the Rhodopean.

Thracian region, is characterized by one-of-a-kind singing, with ornate choir songs or slow, no-metrum songs. In the Thracian field live hardworking and beautiful people. Thracian folk music is beautiful and expressive. Rich and varied is her musical folklore. The Thracian folklore area is the most extensive of all areas. It also includes an interesting, specific sub-region – the Strandzha region.Strandzha’s song is masterful – hard to perform. There is another unique Bulgarian fortune in the Strandzha Mountain – the fire-dancing games.

Dobrudzha region, there are richly ornamented songs about harvesting the grain

Nothern region, The musical folklore of this area is a mixture of the folklore of the other regions, due to the relocation of large groups of Bulgarians before the Liberation to the mountains and around them, and along the way back to the field, large groups of settlers from Thrace left together with the local population.

Shoppska region, The song tradition of the Shopps region has two distinctive forms: the two-voice singing and the epic recitative. The songs have a narrow tonnage that is a sign of antiquity. 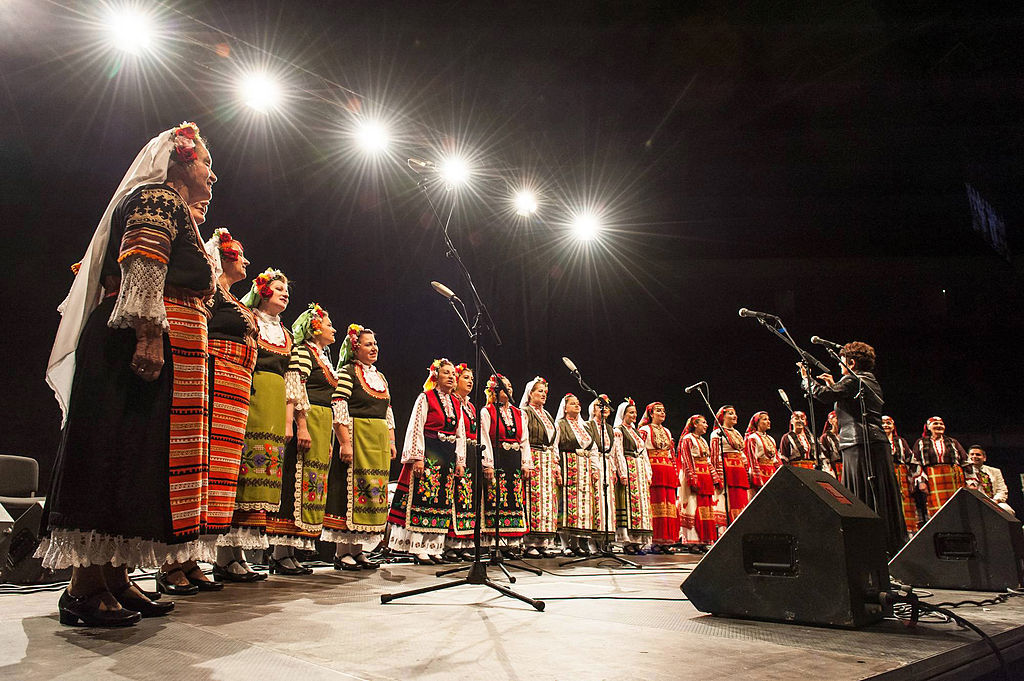 The Mystery of the Bulgarian Voices / ©Wikipedia